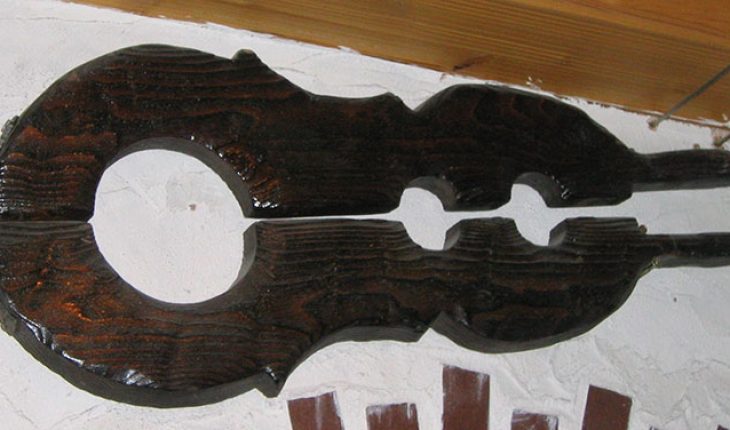 Insulted, humiliated, beaten, chased away, tortured… Such is the fate of the “weaker sex” throughout history. If our current societies finally consider women as individuals in their own right, this was rarely the case in the past. During the Middle Ages, cruel abuses were even specially intended for ladies. The History Rundown invites you to discover 11 of them, all as violent as they are terrifying.

METAL POINTS IN THE MOUTHS OF THOSE WHO TALKED TOO MUCH

The talkative bridle was a terrible instrument of torture. It was neither more nor less than an iron muzzle, intended for the faces of “gossips”, those women who kept criticizing, revealing secrets, talking about neighbors, and so on. In the mouth, the talkative harness was equipped with metal spikes that lacerated the tongue every time it moved. A very charming way to silence someone …

By the side of the shrew yoke, handcuffs are nothing. Again intended for gossip or violent women, this wooden or metal device forced an individual to move around with his arms folded and his head locked. Sometimes it was used to punish two women at the same time!

There is a ladies pillory. In other words, unlike men, only the head was attached to the pole and not the hands. In addition to being in chains, the offender was shown to the crowd and received insults, spitting, and other stones.

ABLATION OF THE NOSE

What better way to punish a woman of light morals than to cut her nose? The Middle Ages society did not hesitate to mutilate her nose, a symbol of her beauty. Under Louis XIV, it was even worse: prostitutes caught red-handed with a soldier had their noses and ears cut off. In England, men, on the other hand, were only sentenced to a simple fine. Gender equality, when you hold us!

You must have tried to sit in the void to amuse the gallery. And it’s a safe bet that you only stayed in this position for a short time. Well, the “cucking stool” is this exercise, 100 times worse. Intended for women of light morals and gossips, this seatless wooden chair was real torture. The culprit had to “sit” on it while being tied up and exposed on the public highway. The humiliation was at its height …

Derived from the “cucking stool,” the “ducking stool” takes up the idea but now applies it with more panache. The chair was raised above a body of water, and the woman sitting in it was submerged as many times as necessary to “cool her excessive heat”, as François Maximilien Misson wrote. Sometimes, unable to bear the pressure, the tortured would die. The Middle Ages, what a sweet time …

The drunkard’s cloak is nothing more or less than an enormous barrel in which unfaithful women were forced to settle there. A hole allowed the head to pass, and two other cavities were intended for the arms. Then the culprit had to parade in the city to show that she was not trustworthy. Men, too, could be subjected to this torture.

THE MARKET OF SHAME

During this march, prostitutes and authoritarian and domineering women were forced to walk barefoot in the city’s streets, sometimes in the most straightforward device. Also, the crowd did not miss an opportunity to humiliate the alleged culprit …

Drowning for thieves and witches