A city located on an island in the northwest region of Wales holds the city’s status with the longest name in the world. Others, however, require this record for themselves.

In the northwestern part of Wales, in the United Kingdom, there is what is currently considered the city with the longest (and unpronounceable) name in the world: Llanfairpwllgwyngyllgogerychwyrndrobwllllantysiliogogogoch. That’s right; this is not a typo! The gigantic name – registered even in the Guinness Book – has meaning and means: “Church of Santa Maria in the white hazel background near a fast whirlpool and the Church of São Tisílio from the red grotto”.

It is practically impossible to pronounce a name like this for those who do not speak the English language and do not know the specific Welsh pronunciations very well. But if you want to try, you can hear your name by clicking here. Videos can also be found on Youtube of people who achieved this feat.

The Welsh city, located on the island of Anglesey, has about three thousand inhabitants, and many abbreviate it when they pronounce their name, calling it “Llanfairpwll” or even “Llanfair PG”. The inscription “Llanfair Pwllgwyngyll” usually appears on the maps, a name that is still complicated to read and speak. Due to its local beauty and linguistic peculiarity, the city has good tourist potential.

And – believe me! – the city has a football team called “Clwb Pel Droid Llanfairpwllgwyngyllgogerychwyrndrobwllllantysiliogogogoch Football Club”!

To make matters worse, Llanfair PG has its competitors for the title of city with the longest name in the world. A village also located in Wales changed its name to “Gorsafawddacha’idraigodanheddogleddollônpenrhynareurdraethceredigion” 2006 to its old expression, “Golf Halt”, to the relief of many.

The city of Bangkok, on the other hand, claims to have the longest name, since its official name, much longer, is: “Krungthepmahanakhon Amonrattanakosin Mahintharayutthaya Mahadilokphop Noppharatratchaniburiron Udomratchaniwetmahasathan Amonphimanawatansathit Sakkathattiyawitsanukamprasit”, which means: “The edges of the place where Tamatea, the man with his knees large, who slipped and swallowed mountains, to explore these lands, who is known as the land eater, played his flute for his beloved”. It is an actual text! 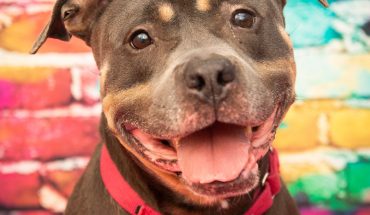