Home
Historical Misconceptions
Top 5 Reasons the Moon Landing Was Not a Hoax!

On July 20, 1969, during one of the defining moments of the human history, Neil Armstrong became the first man to step on the surface of Earth’s Moon. In his own words, it was truly ”one small step for a man, one giant leap for mankind.”

However, according to many conspiracy theorists, all the U.S. landings on the moon were faked, and all the photos and videos were made only on the film stage.

The results of recent survey have shown, that about  20% of Americans still believe to this day, that the United States of America never really made it to the Moon. In this article, we are going to look on 5 of the most frequent arguments for the moon landing hoax, and disprove them step-by-step, using the available evidence.

According to this argument, frequently cited by the people who think that the moon landings were nothing more but a hoax, is that the star-spangled banner of the United States of America seemed to wave and flutter as Neil Armstrong planted it to the ground. This wouldn’t have been much of an issue except for the fact that there is virtually no atmosphere on the moon, and therefore no wind whatsoever to have such an effect on any flag.

However, if we look closely on the original moon landing footage, we can see that the flag is actually standing still, and not moving in any way during the entire tape. But why is the flag still?

To make the flag stand still on the moon, the flag was actually made from plastic material, similar to the one that tents are usually made of . For practical reasons, the flag was originally folded to maximize space and stored in a thin tube. After Neil Armstrong planted it to the surface of the Moon, it briefly appeared to move as it was unfolding itself to its final shape.

On the moon, there is only one light source sufficiently strong to form shadows; the Sun. So it is solid to suggest that all shadows on the Moon should run parallel to each other. However, this was apparently not the case during the moon landing.

Most of the photos and video recordings clearly show that some shadows fall in different directions. Conspiracy theoretics often suggest that multiple sources of light were present, and that all the landing photos and videos were taken in a film studio.

Famous photo showing shadows of the rocks and Lunar Module(Apollo 14, 1971)

However, the truth is more prosaic. As it is on Earth, landscape of the Moon is not perfectly flat. Because of the uneven surface with bumps and small hills, shadows cast on different vertical angles had also large horizontal angular differences. On the photo above, shadows of the lunar module and the rocks point in slightly different directions. However, the lunar module is standing on flat ground and the rocks are located on a small bump(similar setting has been also recreated by the Mythbusters, proving the conspiracy wrong)

According to this widely known argument for the fake moon landing theory, the astronauts would not be able even to survive their trip after receiving a lethal dose of radiation, both from the Van Allen radiation belts surrounding the Earth and solar radiation beyond Earth’s magnetic field.

However, the truth is, during their entire voyage to the Moon and back to Earth, Armstrong, Aldrin and Collins only received amount of radiation equal to about 0.1% of the deadly dose. Their total exposure was approximately 11 milisieverts, and radiation dose lethal to an average human being is aroung 8,000 millisieverts.

The harmful effects of radiation are based both on its strength and the time of exposure to its source. Average human would need to spend nearly four months inside the Van Allen belts to accumulate a lethal dose. The astronauts managed to pass through them during less than one hour. Regarding the time spent out of Earth’s magnetic field, where the astronauts were exposed to solar radiation, an average human could endure a radiation exposure equivalent to one-way trip to Mars and still not receive a dose which exceeds lifetime levels set up by NASA.

Another famous argument for the moon landing hoax is a total lack of stars in the photographic and video evidence – even in the photos and videos of high quality. Here on Earth, when there’s a black sky, there is always a lot of stars, so the videos must have been shot on a film stage. Right? Not so fast…

Crescent Earth and sky over the Lunar Module, with no stars visible (Apollo 14, 1971)

The true reason you can’t see the stars in photos and videos of Moon is not that the stars aren’t there, but rather because of the omnipresent sunlight and the exposure limits of cameras.

When these photos were taken, it was full daylight on the Moon. Because there is only an extremely thin atmosphere on the Moon,the  sky appears black. In addition, sunlight at the Moon’s surface was incomparably strong with the starlight; the stars simply faded in comparison with the sun. If the astronauts used sufficiently long exposures, stars would, indeed, be visible.

Even with all of our telescopes on Earth and the incredibly powerful Hubble Telescope, none of them has ever taken any pictures with any of the landing sites of the Moon. This often misleads us to the thought: are they really out there?

It is true that even our most powerful telescopes aimed at the landing sites wouldn’t see anything. However, not because the Moon landings didn’t happen. It is only because of the optical limitations of telescopes themselves, because of their limited size and distance from the Moon.

Even though the Moon is much closer than any other major astronomical object, Hubble Telescope still cannot register any object on the moon smaller than four metres across.

However, it’s not true that we have no satellitte pictures of the moon landing sites. In fact, we have a number of satellittes orbiting around the Moon which have taken many pictures of all the landing sites before. These images clearly show the equipment left on the moon by astronauts, their footprints, and all the wheel tracks left by their moon-buggies.

During the entire Apollo program, the Soviet Union closely monitored all the transmissions of the astronauts. They would have been absolutely delighted to find it was a hoax. It would have been the greatest propaganda coup of all time. But apparently, the Soviets also didn’t find any solid evidence of faked moon landings.

About the argument that the soviets didn’t find any evidence to uncover or challenge the faked landings: it is not valid, if at the deepest level behind the curtain, the US and USSR were marching hand in hand, which is the case. USSR itself is a creation of the Illuminati (one of the main goals, other then having them involved in wars to come, being to experiment with one of the forms of totalitarianism) .
They (the soviets) worked for the global occult power ever since their creation, and were controlled by it, and they will continue to do so by well playing their part in the WWIII to come (in which the “good/bad” Russia will oppose the “bad/good” America”, pick your side).
Take a moment to think about this: in 1969, after several years of spatial missions, NASA had enough technology to send a maned mission to the moon and bring them back, with all the tremendous technical challenges supposed by it, but 20 years latter they didn’t possess the right technology to properly insulate Challenger’s shuttle fuel tanks…
P.S. You might as well want to think why US publicly created their program to go to the Moon in the first place; it was just a response to the “spatial race” started by the soviets (exactly like the “arms race” for that matter).
Everything was staged, and the real significance and goals are linked to mind manipulation, control of the people and occultism (because even if they didn’t make to the Moon, in the NASA’s (led in 1969 by C. Fred Kleinknect, today a major 33rd Degree mason) spatial programs, the names, symbols, dates, numbers, as well as human sacrifices, meant something).
I always had doubt about moon landing. But now there so many facts that shows that is a hoax, like this article. Also there is a video that you should watch it: http://www.youtube.com/watch?v=AM_XwzFG8Jw
I think the fact that people believe that the Apollo Moon landings were a hoax shows how stupid and arrogant 20% of american people can be. This was a very well done essay, I came out with more knowledge than I had before. Thanks!
Tweet Pin It 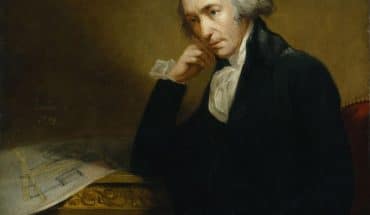