Home
Questions / answers
What was the role of the Spanish Inquisition?

The Spanish Inquisition was a religious institution established in Spain in 1478, during the Reconquista time. Its purpose was to suppress unnatural acts in the kingdoms of Spain.
At the end of the 15th century, the Iberian Peninsula’s Christian kings put an end to several centuries of Muslim rule by seizing their last stronghold, Granada. Although a relative tolerance about other cults is maintained.

The various provinces reunited around Catholicism when the Christian monarchs reconquer the territories to the Muslims’ detriment: it is the Reconquista. If they want to build a national identity, they quickly aim to impose religious unity. Many Jews and Muslims then converted to Catholicism and were referred to as “new Christians”, “marriages”, or “conversos”.

Suspemarriagesnot being sincere in their faith.

Suspemarriagesnot being sincere in their faith. They are the object of persecution. The Pope charged the Spanish Catholic Kings with maintaining Catholic orthodoxy and repressing these “new Christians”. However, the Catholic Monarchs demand establishing an institution to control themselves without being accountable to the Pope. In 1478, Pope Sixtus IV established the Spanish Inquisition, whose inquisitors were appointed by the Catholic Kings.

The action of the Spanish Inquisition

By the mission entrusted to them, the inquisitors repressed the revolts led by the Marranos. The condemned are burned alive. They relentlessly hunt down heretics, converts suspected of practising Judaism. The Spanish Inquisition’s effectiveness reached its peak under the authority of the Grand Inquisitor Tomás de Torquemada, under whom an estimated 2,000 people were sent to the stake. The expeditious trials aroused the anger of the Pope from 1483. Also, the Inquisition has enriched thanks to the goods confiscated from the condemned and their families. During the 15th century, persecutions also affected Protestants and people accused of blasphemy or bigamy.

To know
The Inquisition already existed in general as early as the 12th century, but it depended on the Pope, unlike the Spanish Inquisition. It was not until the 19th century that this one, in 1834, disappeared definitively. 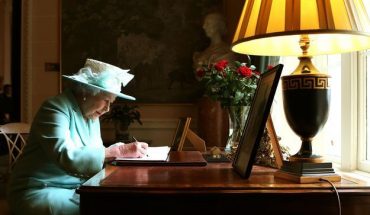