#5.Tweebuffelsfontein ”Tweebuffelsmeteenskootmorsdoodgeskietfontein” With 44 letters, this small farm in South Africa holds the record for the longest official one-word place name in entire Africa. Official maps published by the Chief Directorate of Geospatial Information refer to the place as ”Tweebuffelsfontein”. The name is Afrikaans for ”The fountain(spring) where two buffaloes were cleanly killed after a single gunshot”. #4.Webster Lake ”Chargoggagoggmanchauggagoggchaubunagungamaugg” Original name of this lake in Massachusettscomes from an Nipmuc Indian language, and allegedly means ”I will fish on my side of the lake, you will fish on your side, and nobody fish in the middle.”, or, in a more pragmatic translation:”Fishing place at the boundaries, neutral meeting grounds.”. Sign near lake Chargoggagoggmanchauggagoggchaubunagungamaugg Webster lake is around 3.25 miles(5.23 km) long and 1.12 miles(1.811) wide, covering a surface area of 1442 acres. #3.Llanfalrpwllgwyngyll ”Llanfairpwllgwyngyllgogerychwyrndrobwllllantysiliogogogoch” With 58 letters, this village on the Welsh island of Anglesey holds the longest recognized place name in the Europe. It was originally known as Llanfairpwllgwyngyll. Its long name was given to it in the 19th century by local tailor, as an attempt to develop the village to a regional tourist center. Llanfairpwllgwyngyllgogerychwyrndrobwllllantysiliogogogoch In English, it means: ”St Mary’s church in the hollow of the white hazel, near to the rapid whirlpool of llantysilio of the red cave” Since, 2004, there have been several attempts to steal the village’s record for the longest name, with the village of Llanfynyff unofficially renaming itself to Llanhyfryddawelllehynafolybarcudprindanfygythiadtrienusyrhafna uole(quiet beautiful village; a place of rich history with rare birds under the threat from wind blades), during the protests against the planned wind farm. #2.Taumata Mountain ”Taumatawhakatangihangakoauauotamateahaumaitawhitiure haeaturipukakapikimaungahoronukupokaiwhenuakitanatahu” This 105-letter insane tongue-twister is the Māori name for a 1,001 feet(305 m) high hill in New Zealand. According to the Guinness Book of World Records, it is the longest official one-word place name in the world. Sign near Taumata­whakatangihanga­koauau­o­tamatea­turi­pukakapiki­maunga­horo­nuku­pokai­whenua­kitanatahu It is sometimes shortened to “Taumatawhakatangihangakoauauotamateapokaiwhenuakitanatahu” (57 letters) in the New Zealand Geographic Database, and often shortened just to “Taumata Mountain” by the locals. Translated, it means following: ”The hill of the flute plaed by Tamatea Tokenua who was blown there from afar, had a split penis, scratched his knees while climbing high mountains, fell on the earth, and encircled the land to his beloved.” #1.Bangkok ”Krung Thep Maha Nakhon Amon Rattanakosin Mahinthara Yuthaya Mahadilok Phop Noppharat Ratchathani Burirom Udomratchaniwet Mahasathan Amon Piman Awatan Sathit Sakkathattiya Witsanukam Prasit” Thai capital Bangkok, known in Thai as Krung Thep Maha Nakhon, officially holds the Guinness World Record for the longest place name. Sign with the full name of Bangkok in Thai script The name, composed of words from Pali and Sanskrit languages, translates as “The magnificent city of angels, supreme unconquerable city of the great immortal gods, the grand regal capital of nine noble gems, the pleasant metropolis with plenty of royal palaces, divine home of the godly incarnations, built by the god Viśwákarman as commanded by Indra.”
Tweet Pin It 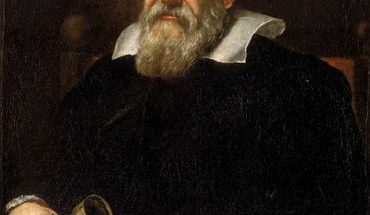